Celebrating Nigeria’s Independence… and Mine!

Home/Uncategorised/Celebrating Nigeria’s Independence… and Mine!
Previous Next

Celebrating Nigeria’s Independence… and Mine!

Fifty – six years ago, Nigeria gained her status as an independent country: no longer a colony of Britain. Still a member of the Commonwealth, but as an independent nation, she can make her own decisions without any external control (at least not overtly direct external control!) Whether or not it does well or poorly, it’s her citizens right and duty to see that she prospers, that justice reigns and fairness is favoured.

Nigerians, stereotypically, know how to have a good time. With Independence Day falling on a Saturday this year, Monday was declared a national holiday. So of course there’s been parties galore over the extended weekend, with flags, bunting, fireworks in generous supply. It doesn’t matter that the country has experienced so much crises since her birth, including the terrible civil war that very nearly split it up, the spectre of which has attempted to rear its ugly head again in recent years.

Let’s not talk about years of military rule, after all democracy now reigns. Let’s not talk about the crime rate and certainly not about terrorism, the main reason for which swathes of Nigeria are declared unsafe to travel to by the Foreign Office. It is still an independent country which has a lot going for it and will pull through its current challenges. 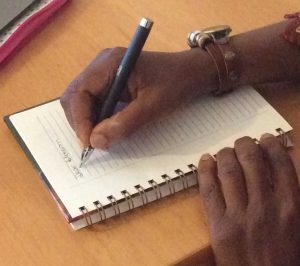 So, I join the party in the quietness of my living room and say “Long Live the Federal Republic of Nigeria. Happy Independence Day!”

I may have stopped there. Or perhaps ruminated over some of my experiences on my recent visit. But for the telephone call I received this evening which got me thinking about and embracing tightly my own personal independence.

You see, unlike Nigeria, I wasn’t a collection of territories in the Niger area of West Africa, ‘discovered’ and acquired by a great colonial power. I was a young lady who fell in love and got married. In the end though, it did feel as though I was a colony. And I didn’t want to be a colony anymore, so I chose my independence. My autonomy. My right to self-government. My self-determination. And yes, it’s been challenging, it’s had its ups and downs like every change, even desired ones.

Yet, I would rather be single and be free than be married and be in bondage. This is what my ‘well-wishers’ do not seem to understand. I don’t mean those that are rooting for me to re-marry, I can understand their point, although I am very okay, so they need not worry.

But those that are still trying to get me to reconcile with my ex, they simply have no clue how exasperating it gets, to hear them still wanting to resolve an issue that’s already been resolved – in a divorce that’s nearly five years old!

What else can I say? Nothing is going to lure me back again into captivity. I’m breaking the chains that bound me, one after another. Only because I am free, on the inside.

‘Happy independence’ to whoever is celebrating their freedoms today!